The basic design criteria are twofold:

The equipment is schematically shown hereinafter : 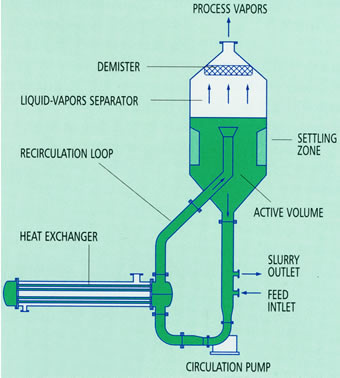 The classifying crystallization chamber is the lower part of the unit. The upper part is the liquor-vapor separation area where supersaturation is developed by the removal of the solvent (water for most applications). The slightly supersaturated liquor flows down through a central pipe and the supersaturation is relieved by contact with the fluidized bed of crystals.

Most of the Oslo type crystallization units are of the "close type." However, the "open" type is worth to be considered when very large settling areas are required or when the vessel must be fabricated out of high cost alloys or metals. 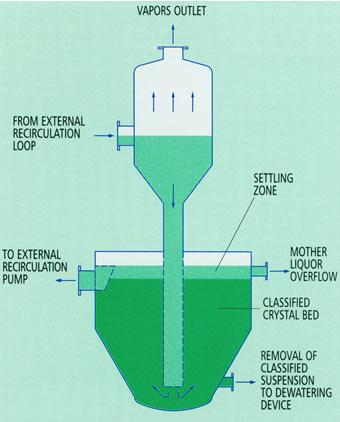 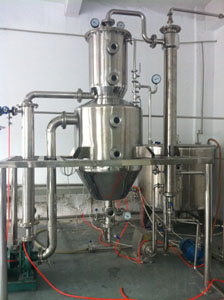 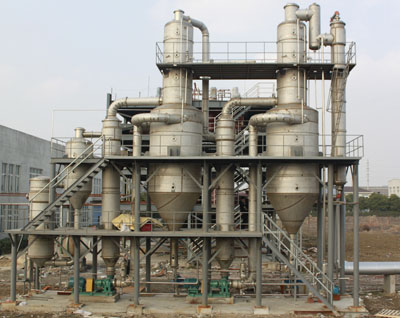